This week the children at Main Street have been exploring the topic of The Arctic!

The children in Under 2s explored the environment in the Arctic. Miss Kadie set up an amazing Arctic tuff tray.

The children enjoyed exploring the different textures that were provided- from soft fluffy flour (snow) to cold smooth ice (icebergs). The children started to expand their language by learning basic Arctic words.

The Peter Rabbit children played with Arctic animals in the cold baking powder (snow). The children found that if they had a lot of snow they were able to mould it into balls and move the Arctic animals around to make footprints.

During circle time, the Early Years children discussed what animals may live in the Arctic. The children talked about what their favourite Arctic animals were and then chose to draw and write about them at the literacy table.

After this the children chose to turn the water tray into their very own Arctic experience by adding ice to the water and finding their favourite Arctic animals from the small world area. 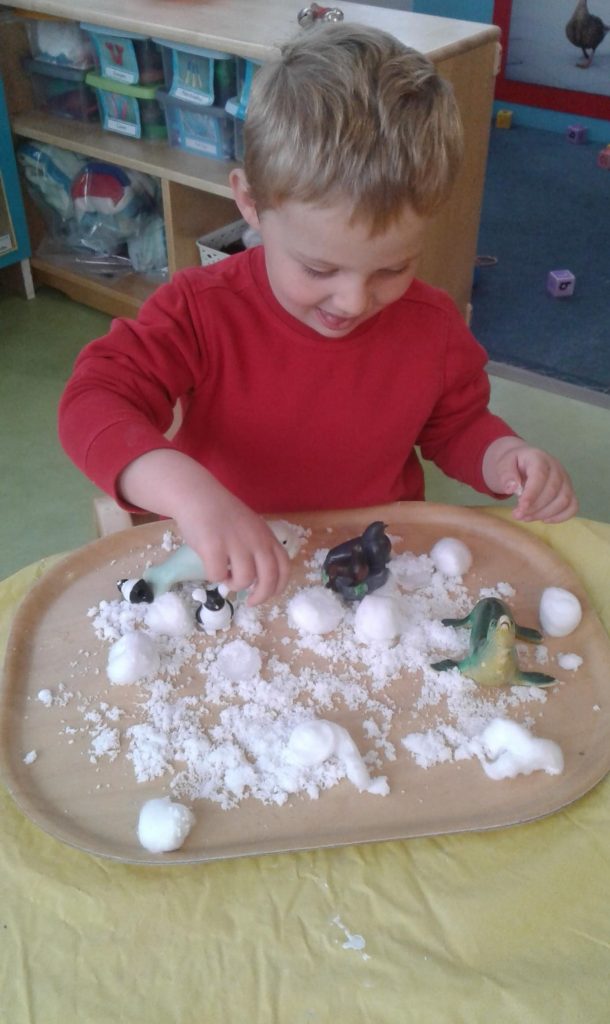 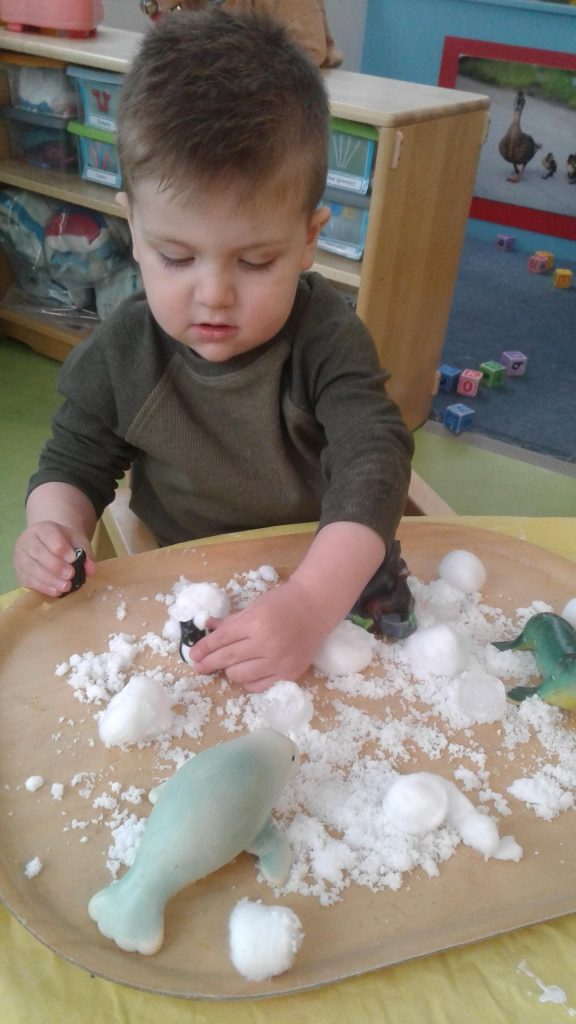 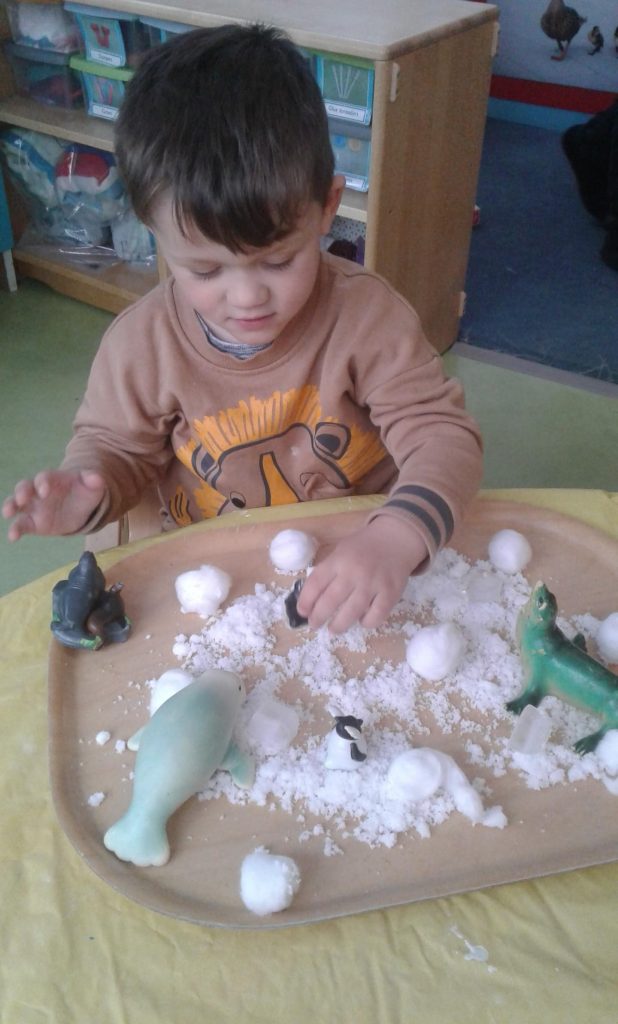 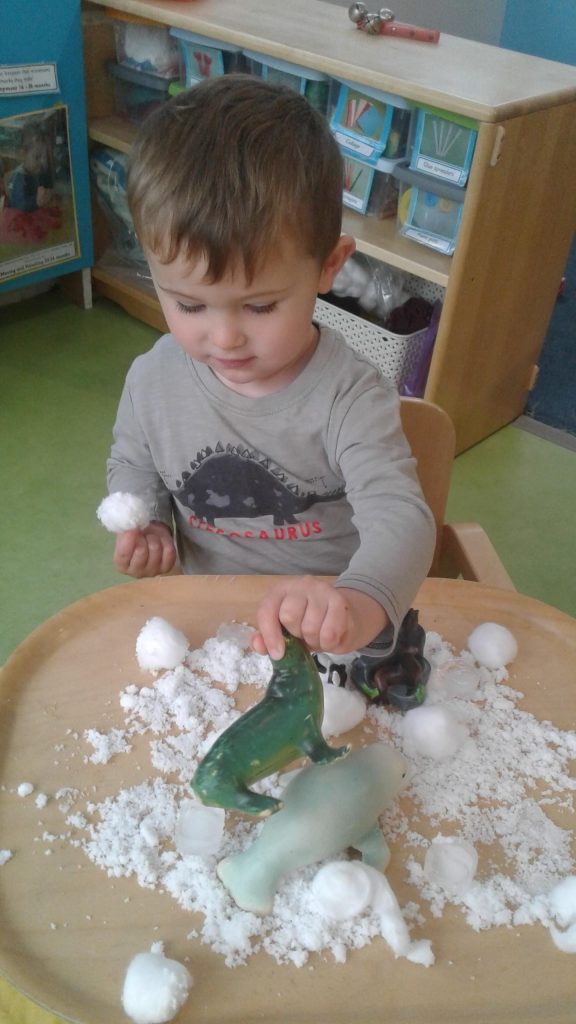 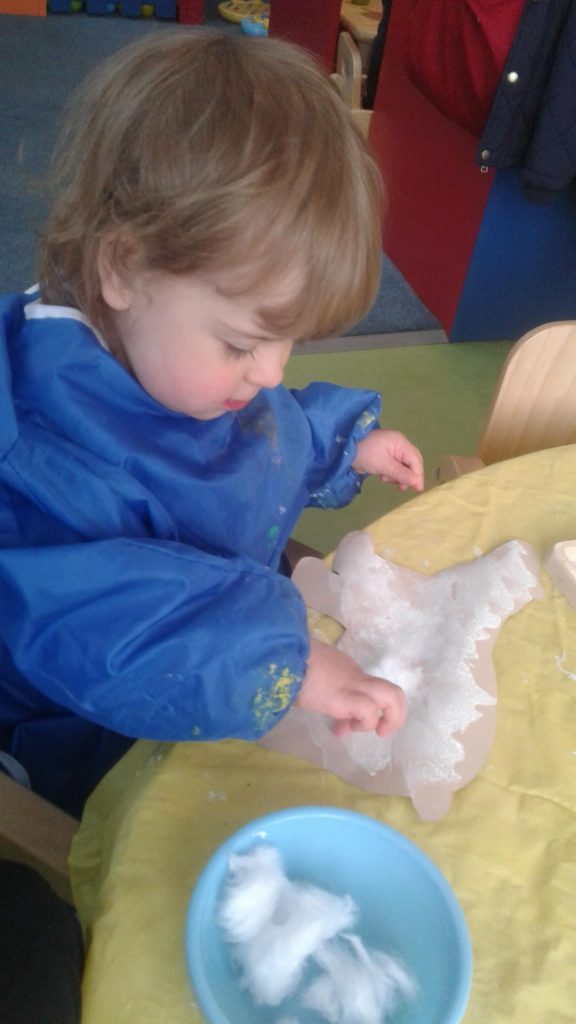 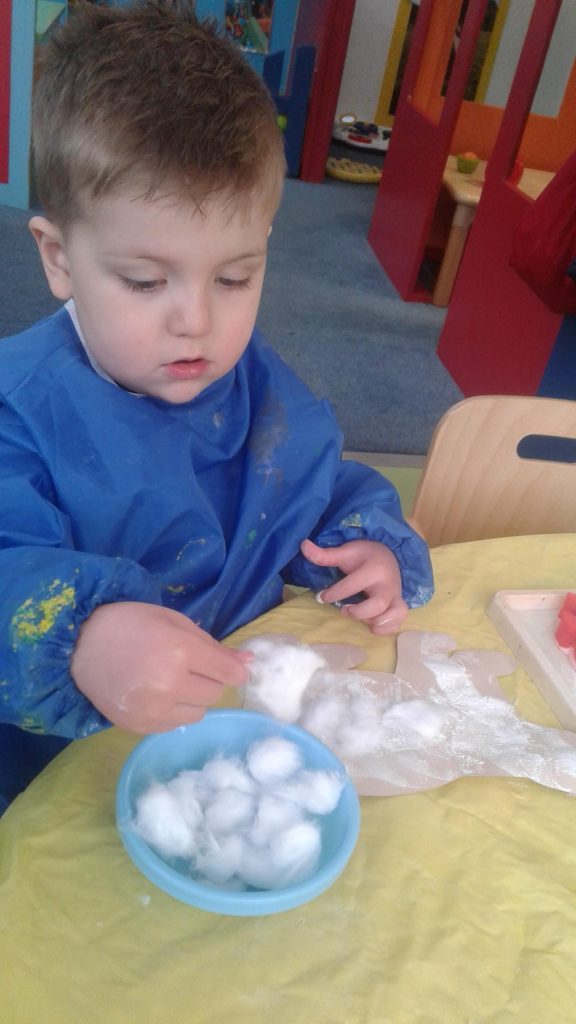 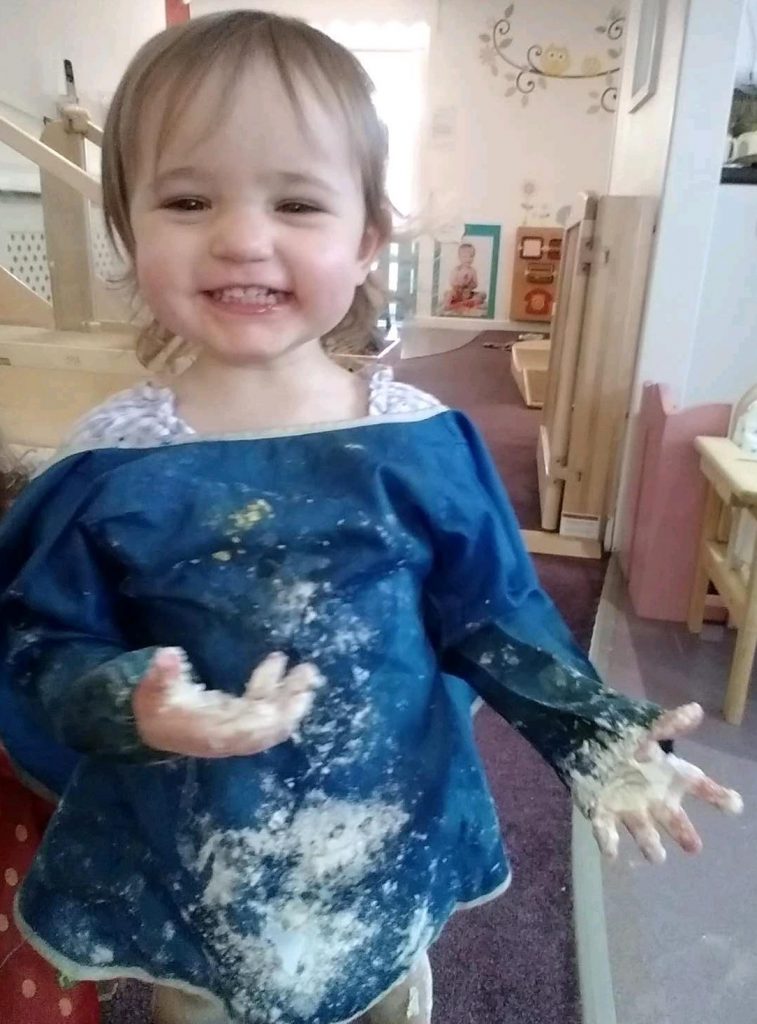 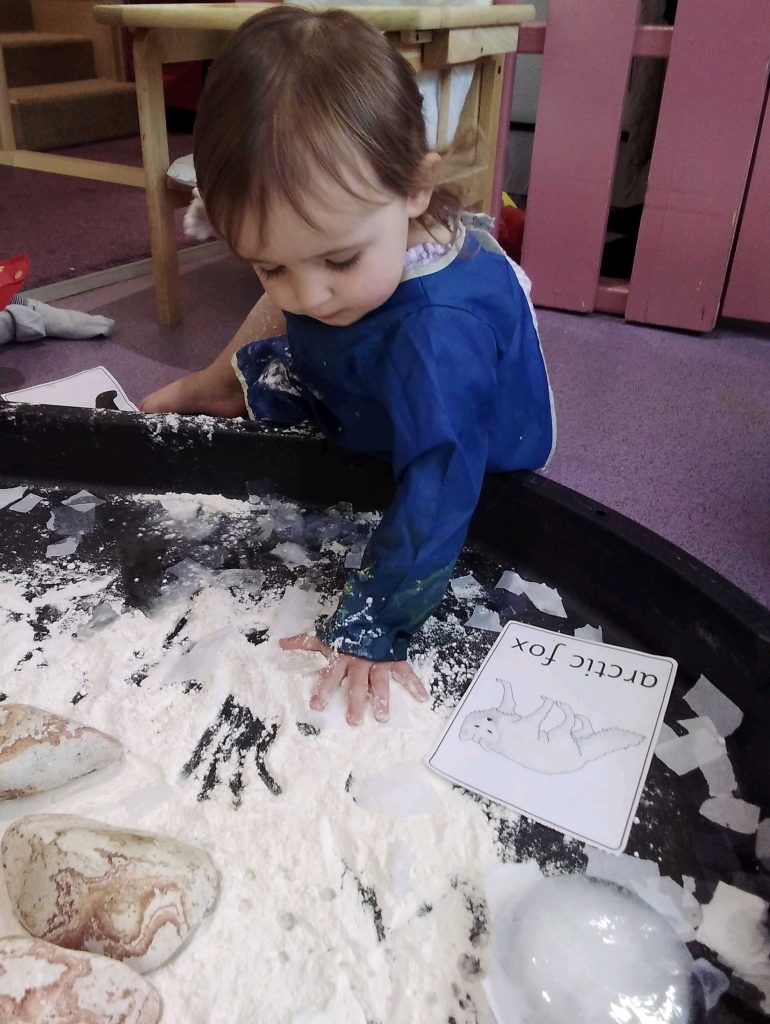 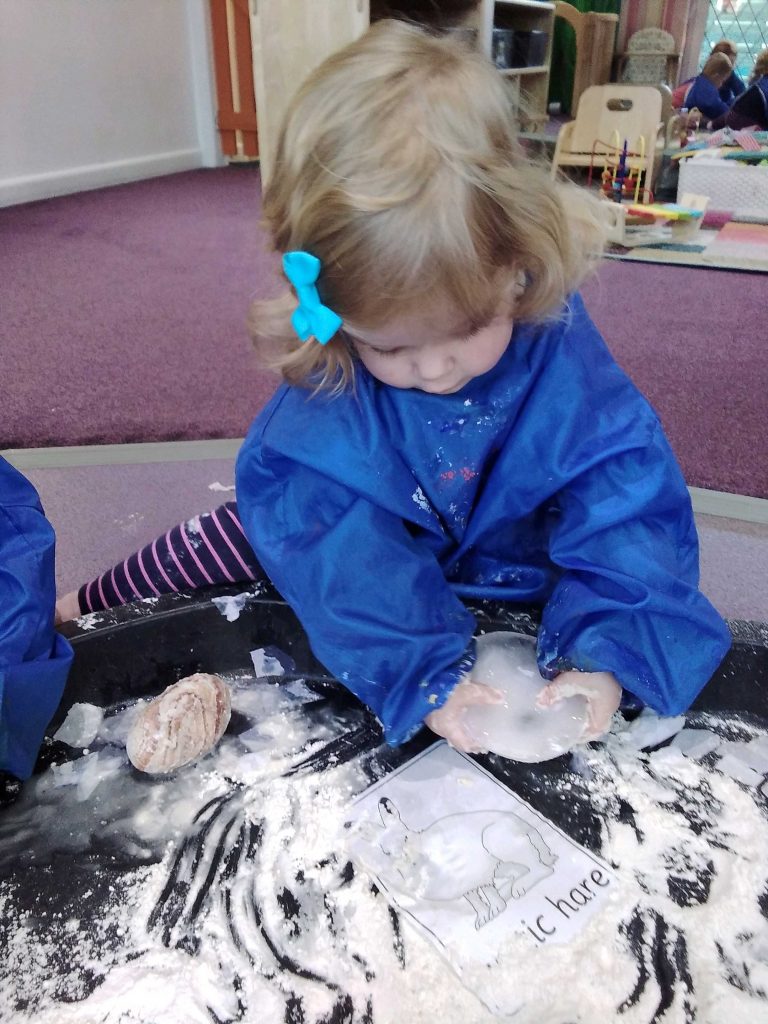 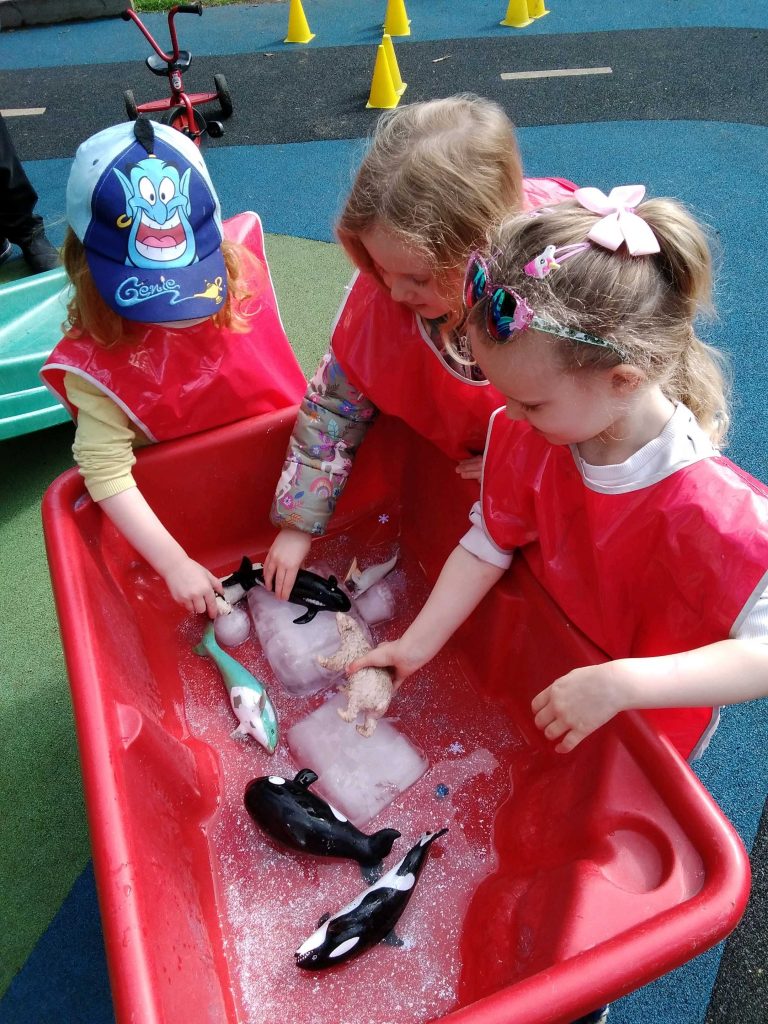 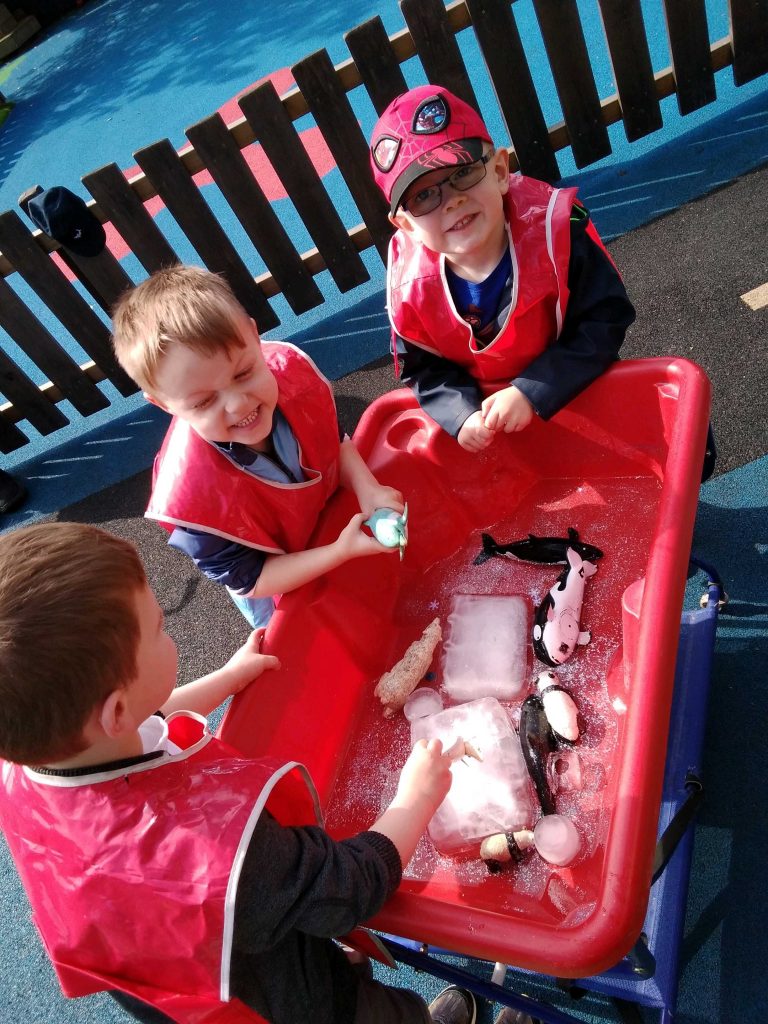 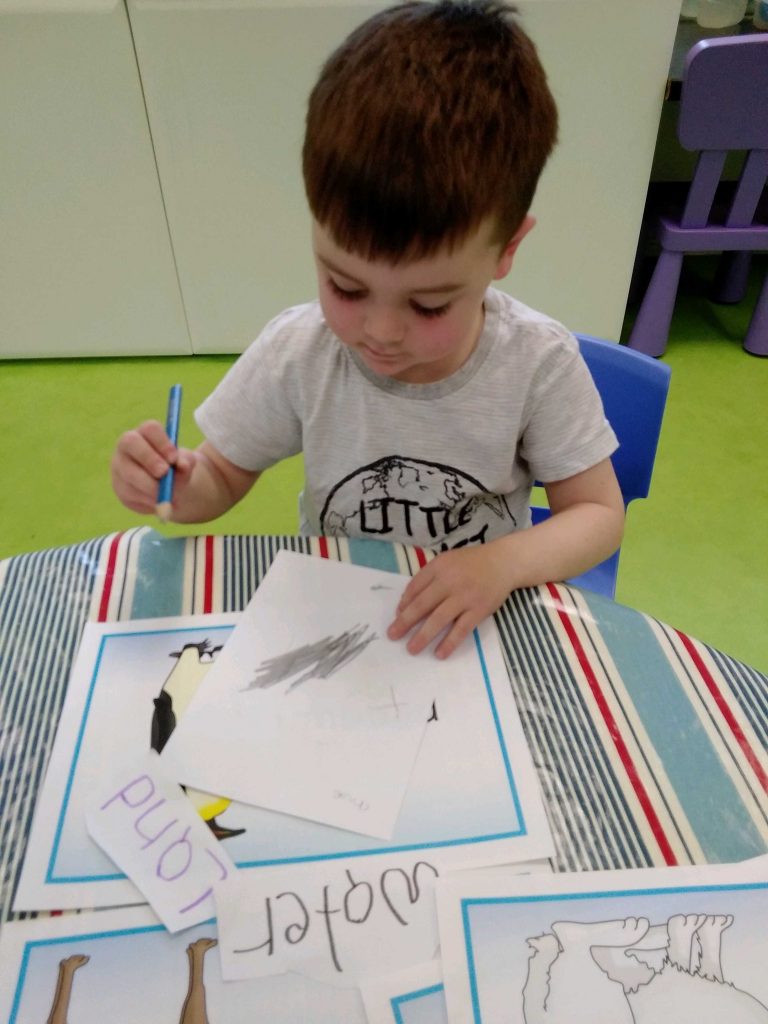 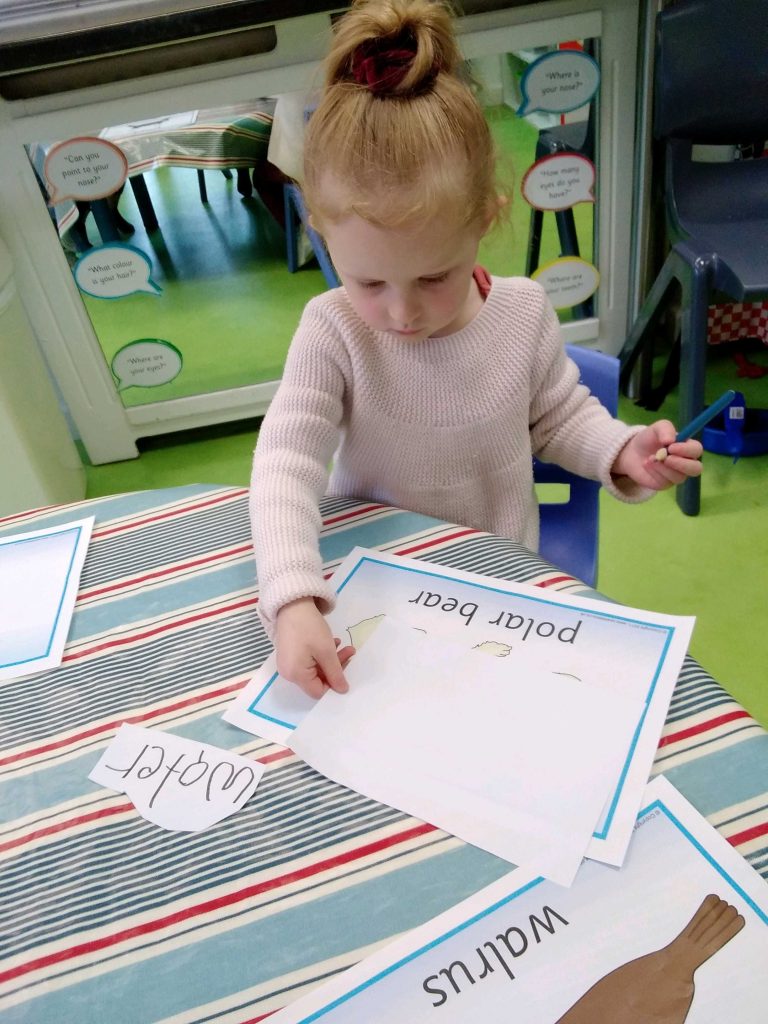 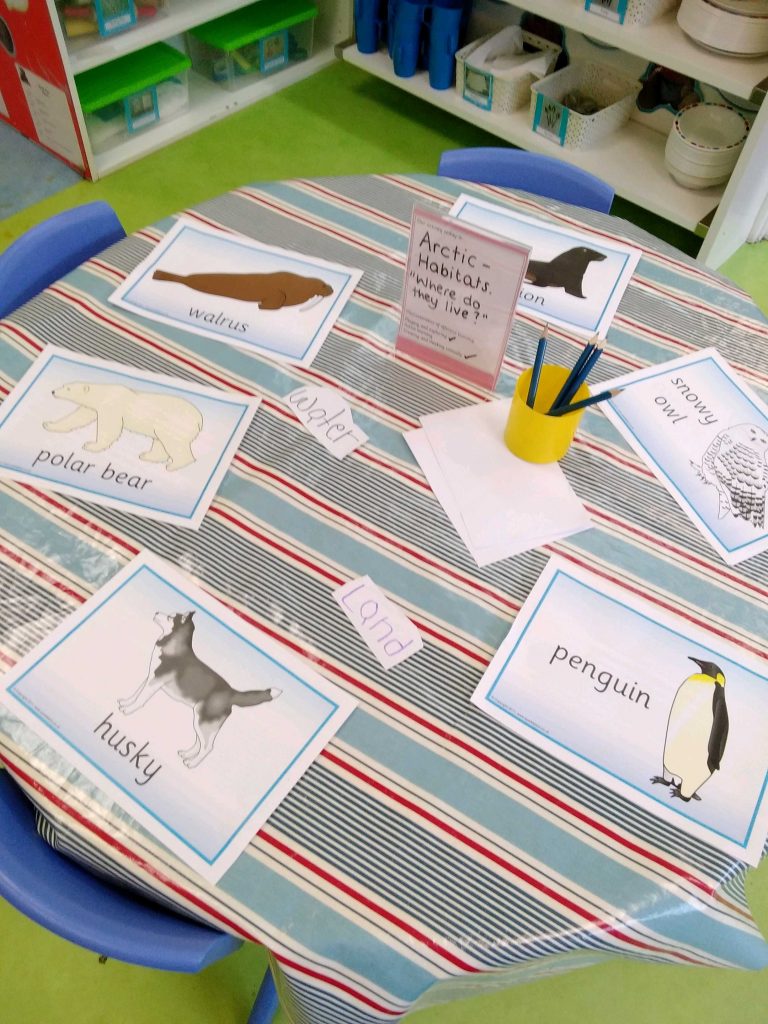 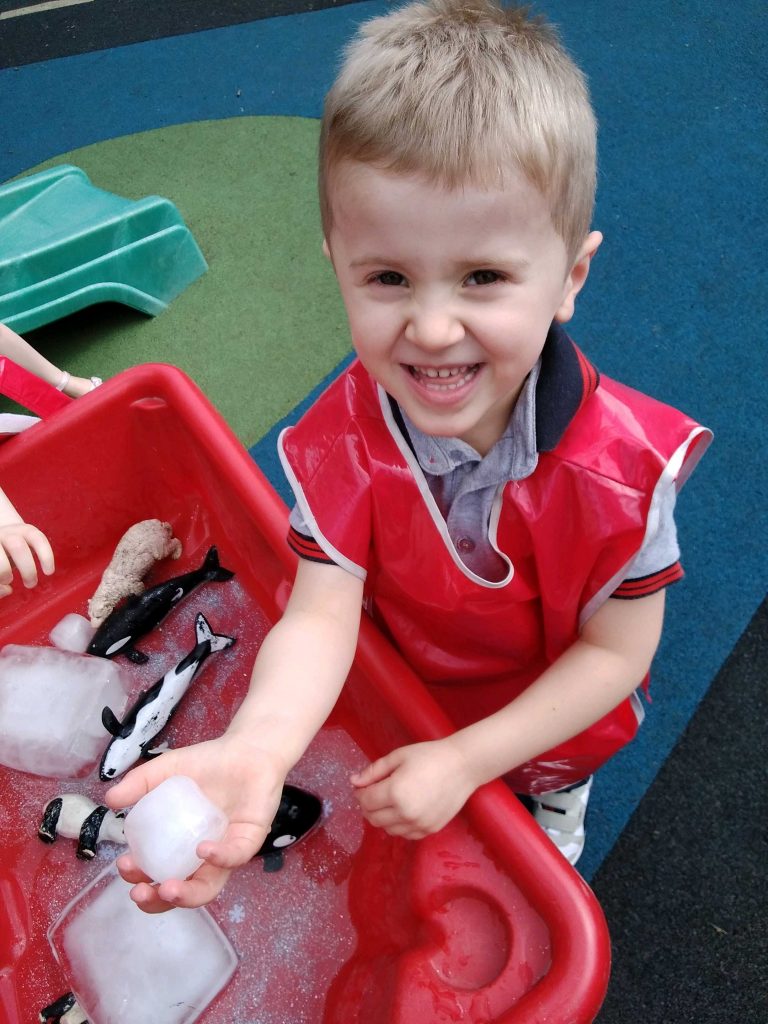 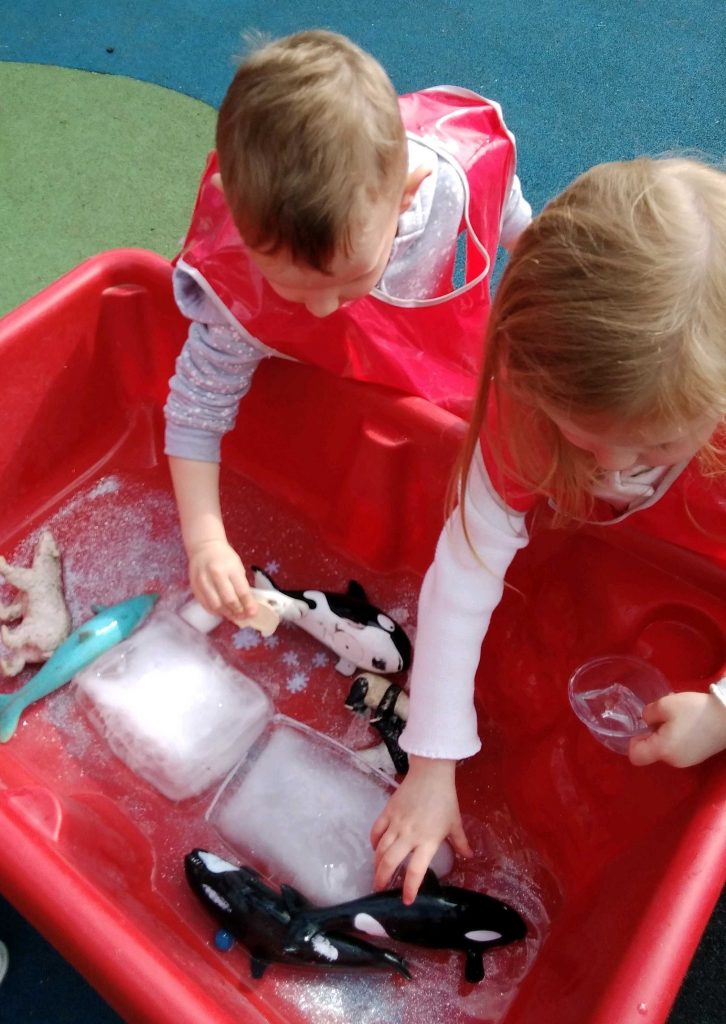