During morning discussion time, the Early Years’ children enjoyed talking about the weather which then led to us discussing the changing seasons.

This gave the children an opportunity to look closely at their familiar environment and talk about any changes they had noticed. Spencer commented that he had seen lots of leaves in the car park which then prompted Darcey to say leaves were in our garden too. The children, along with Mr Curtis and Miss Kirsty devised a plan to first clear the leaves from the garden and then from the car park.

Everyone grabbed a brush and began collecting the leaves which they put into a wheelbarrow. Working together, they managed to clear the garden whilst also having a little fun as they threw the leaves into the air and tried to catch them! Roman thought this was really funny and commented, “The leaves are so cold!”

The children then began to collect leaves in their own bowls, which they would then use to create Autumn collage pictures.  They enjoyed exploring their familiar environment but their knowledge and understanding were further extended as we talked about our local community, including the parks we visit. After the children had created their Autumn collages, we again grabbed the brushes and wheelbarrow and began our mission in making our car park leaf free!

Everyone showed good determination as they worked together to achieve their goal and enjoyed a much-deserved drink and snack afterwards to celebrate their achievement. 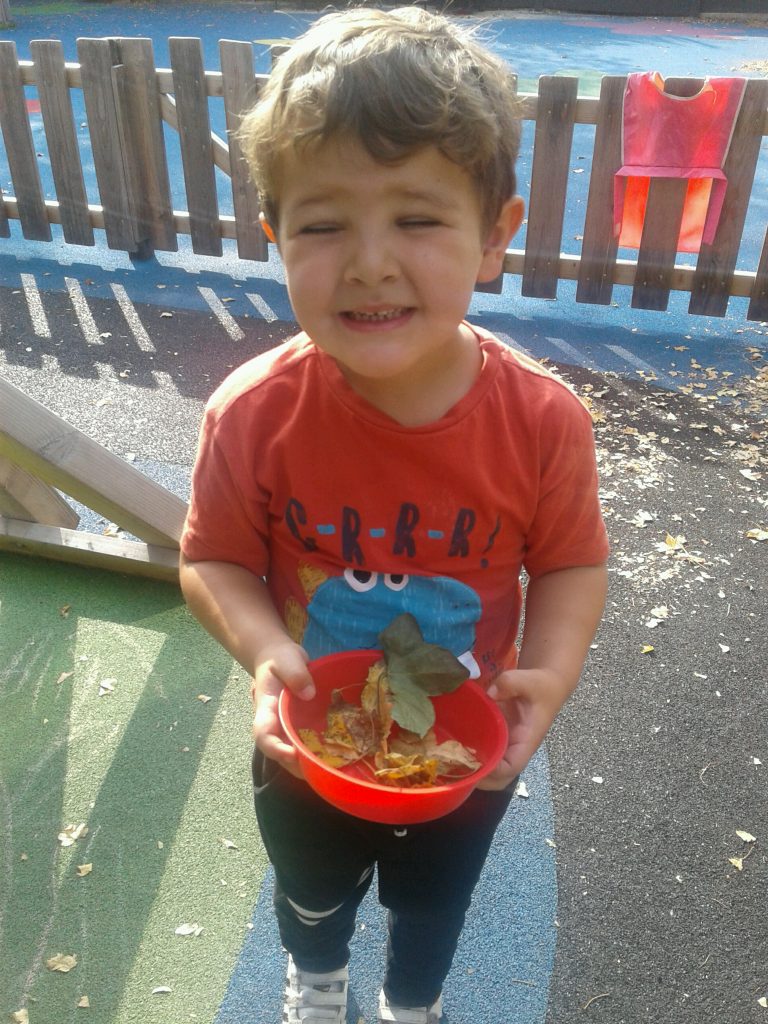 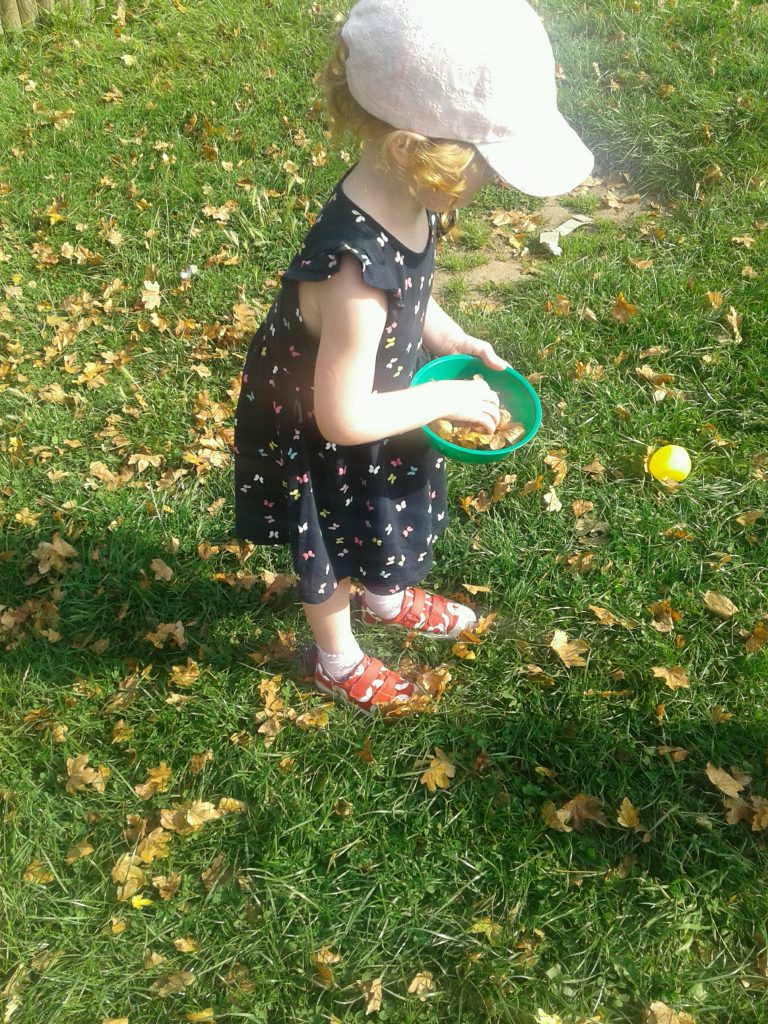 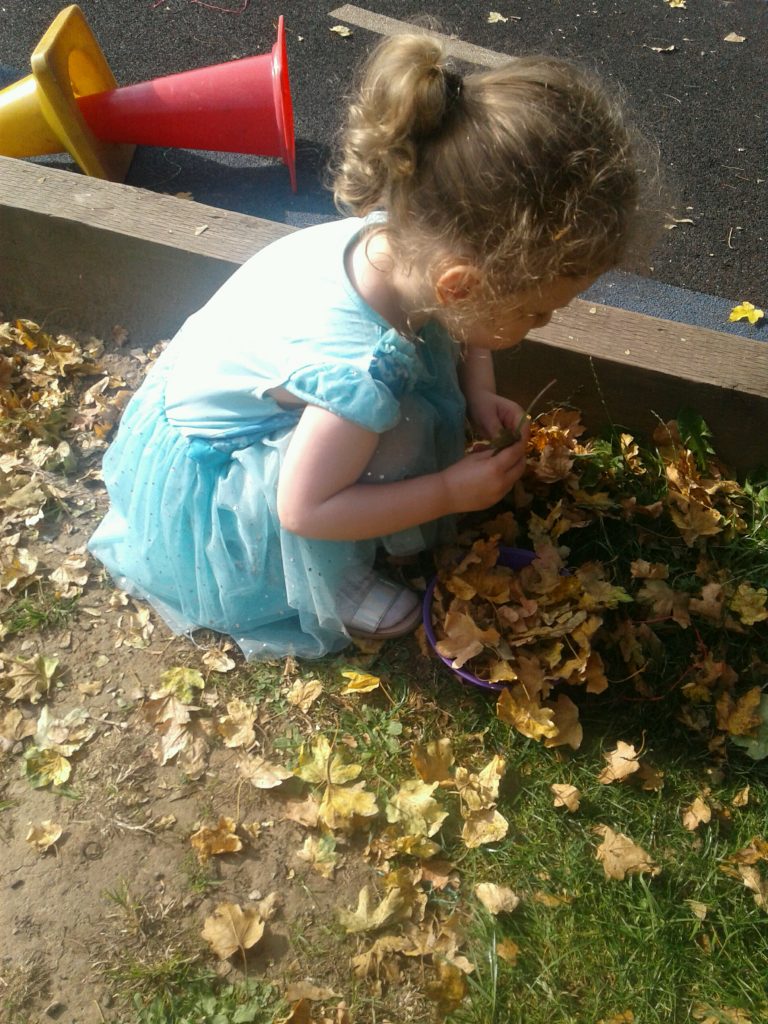 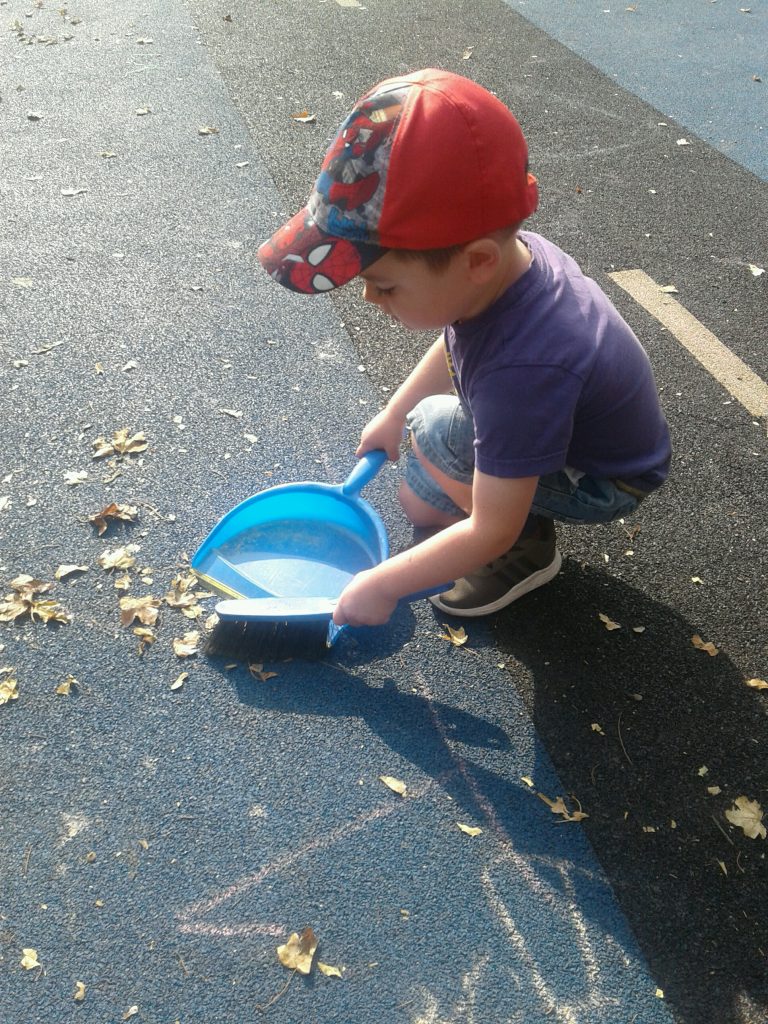 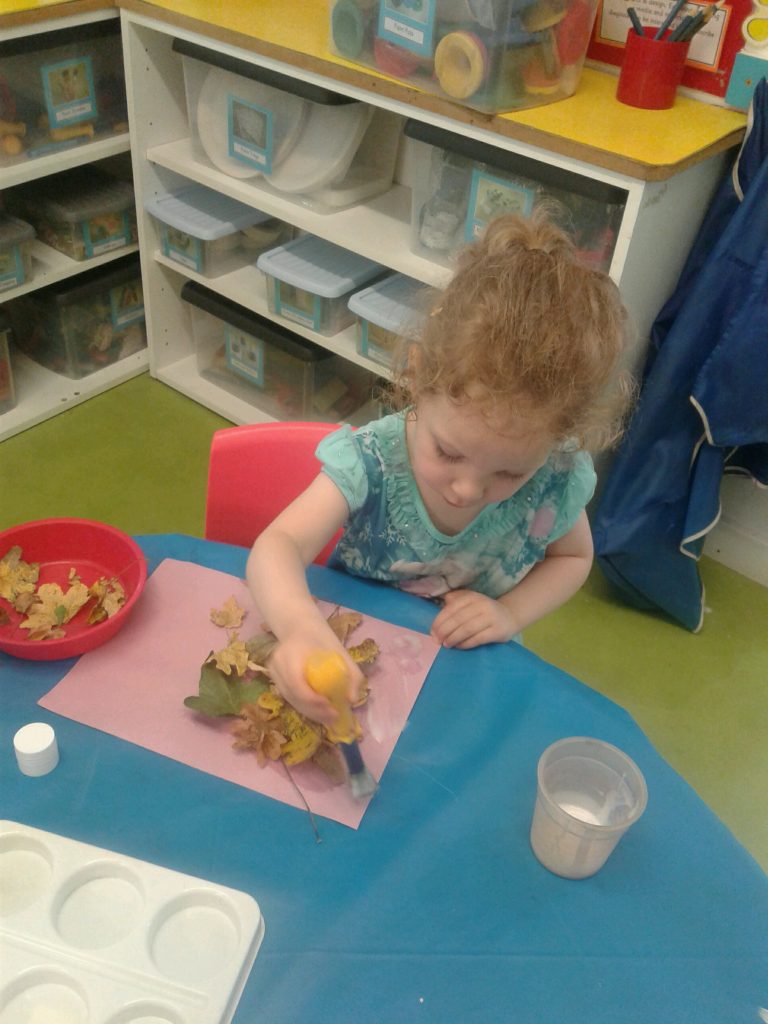 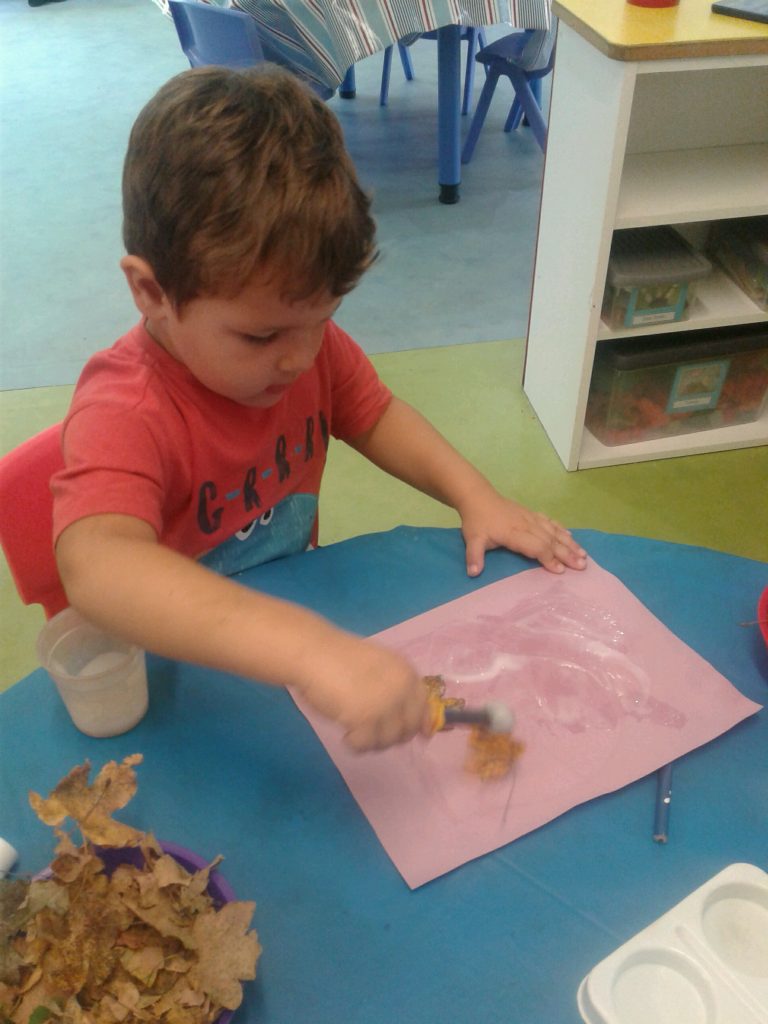 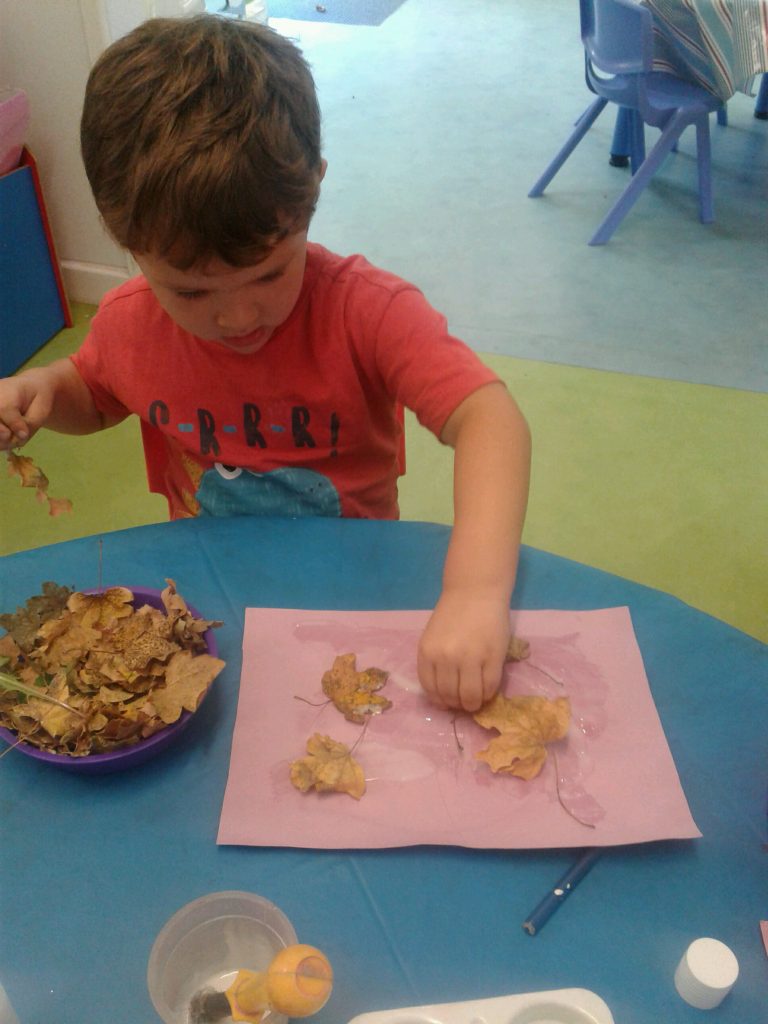 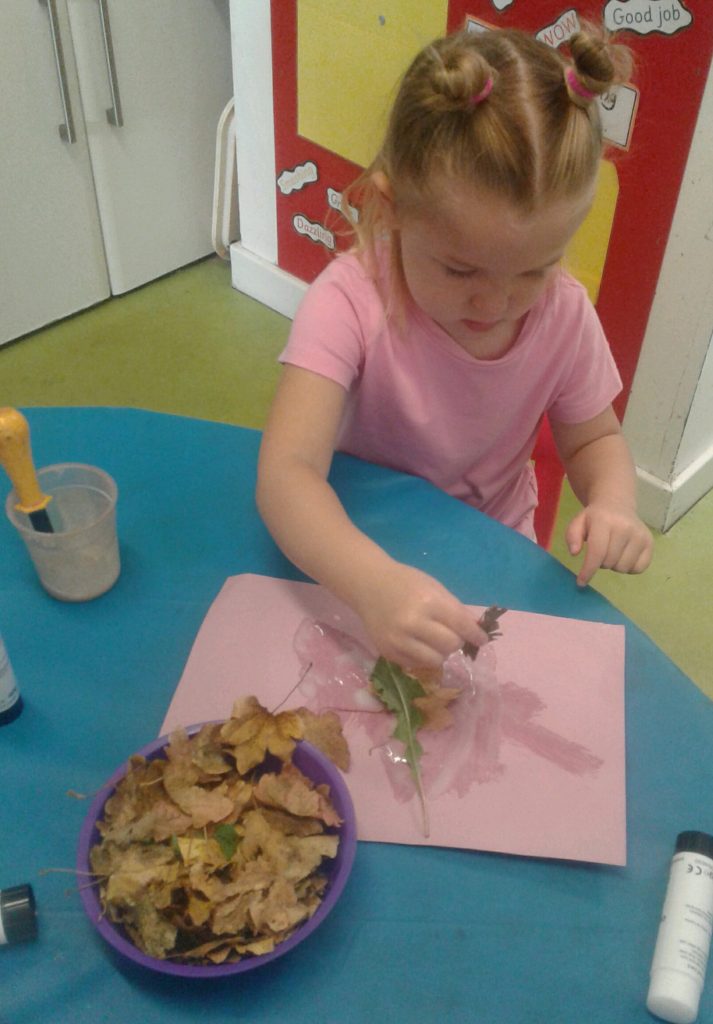 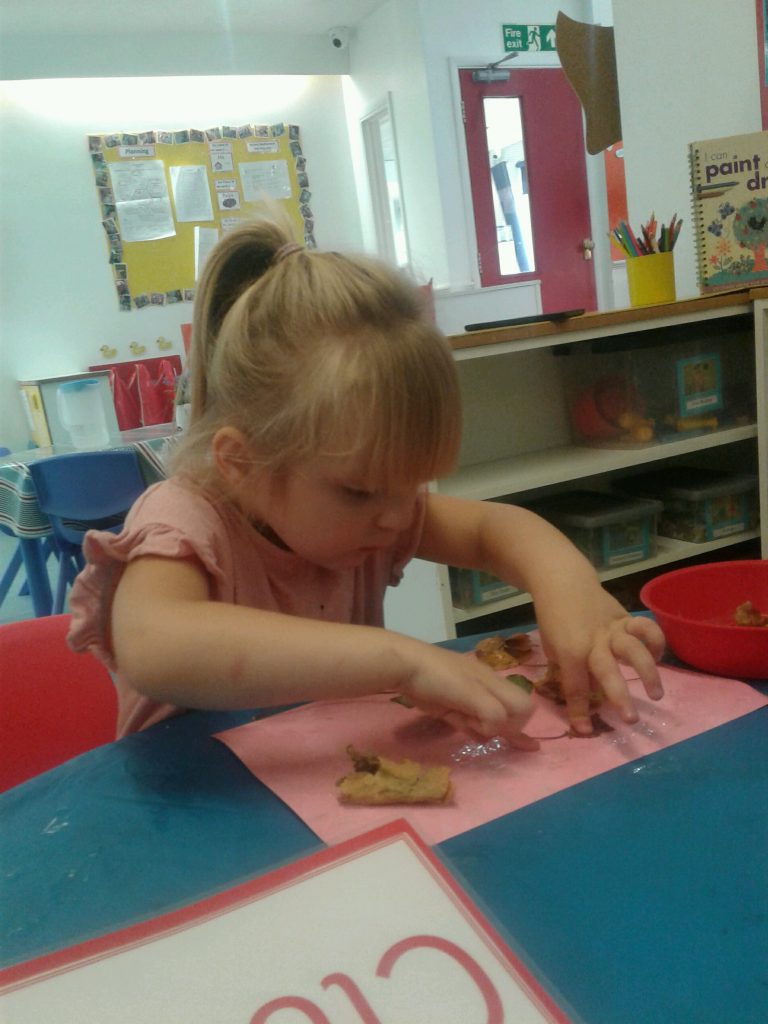 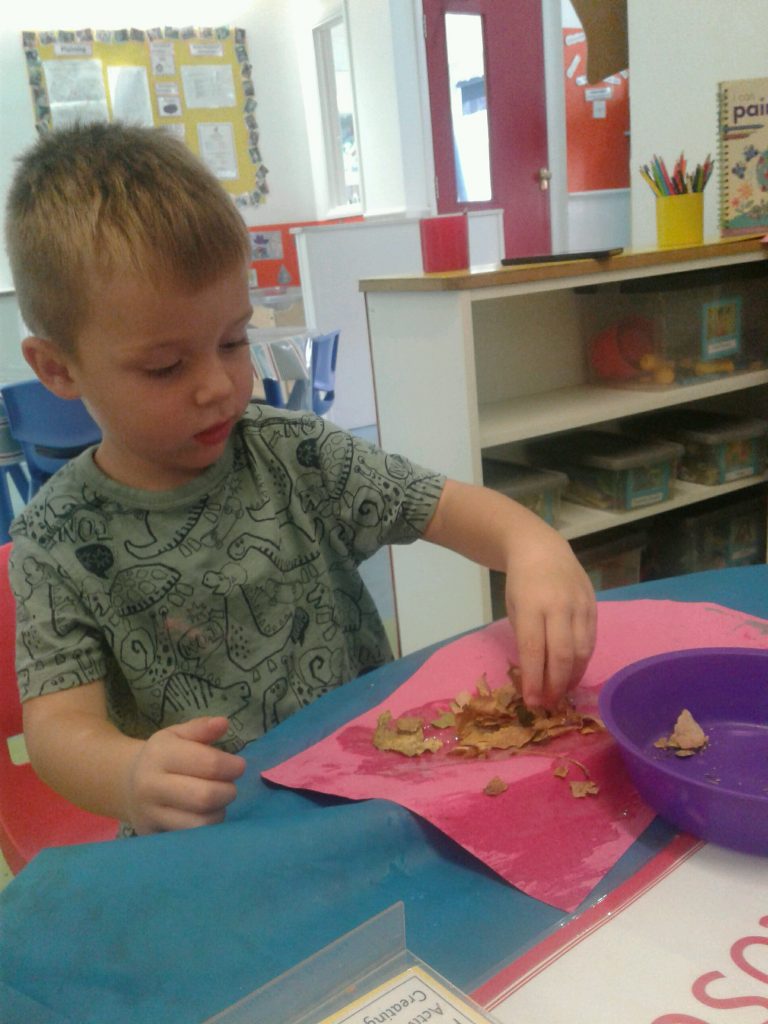 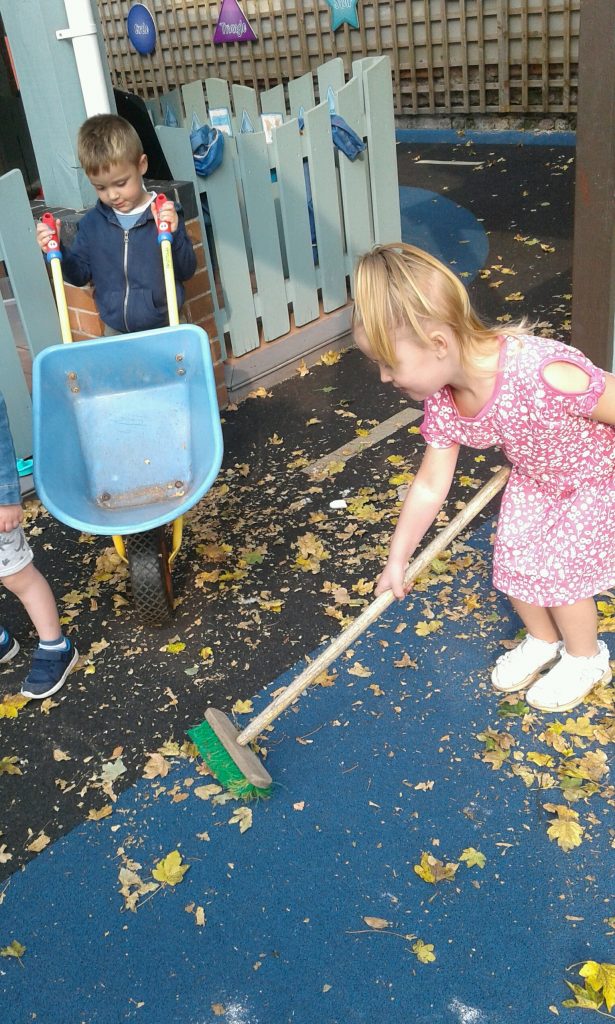 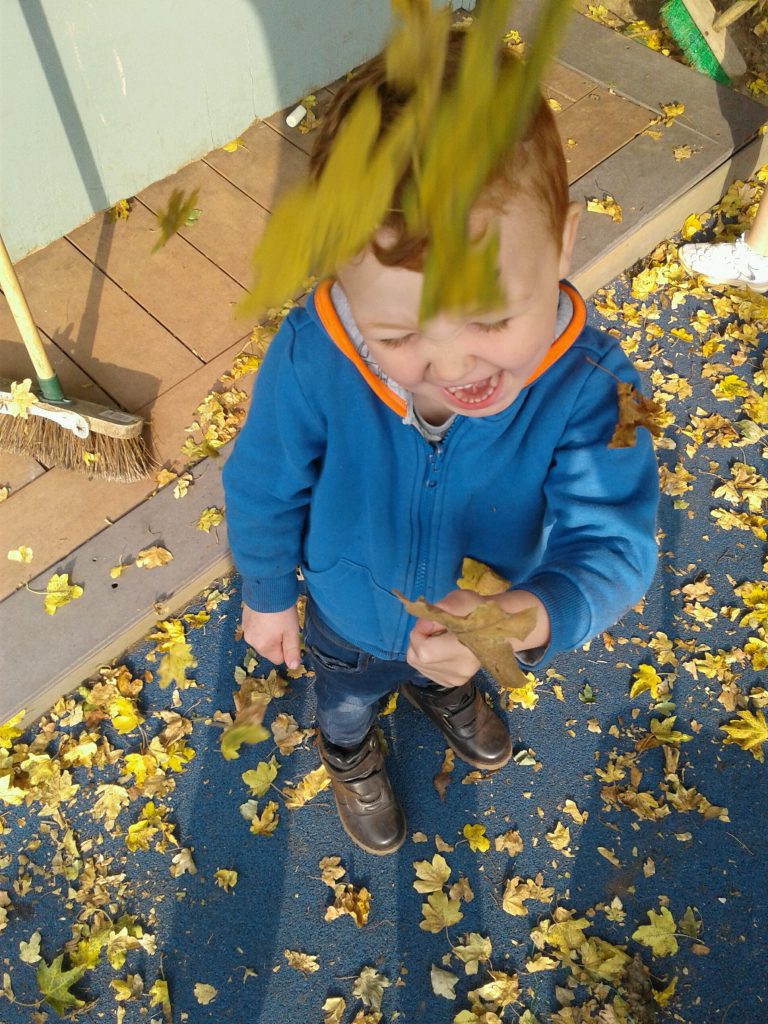 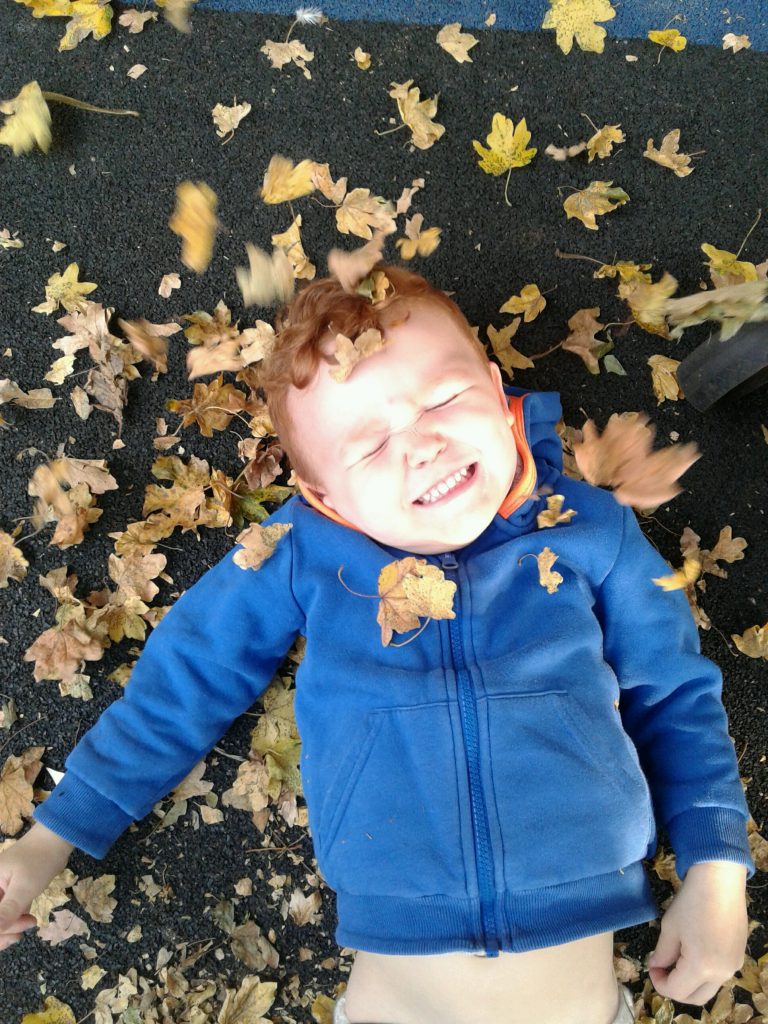 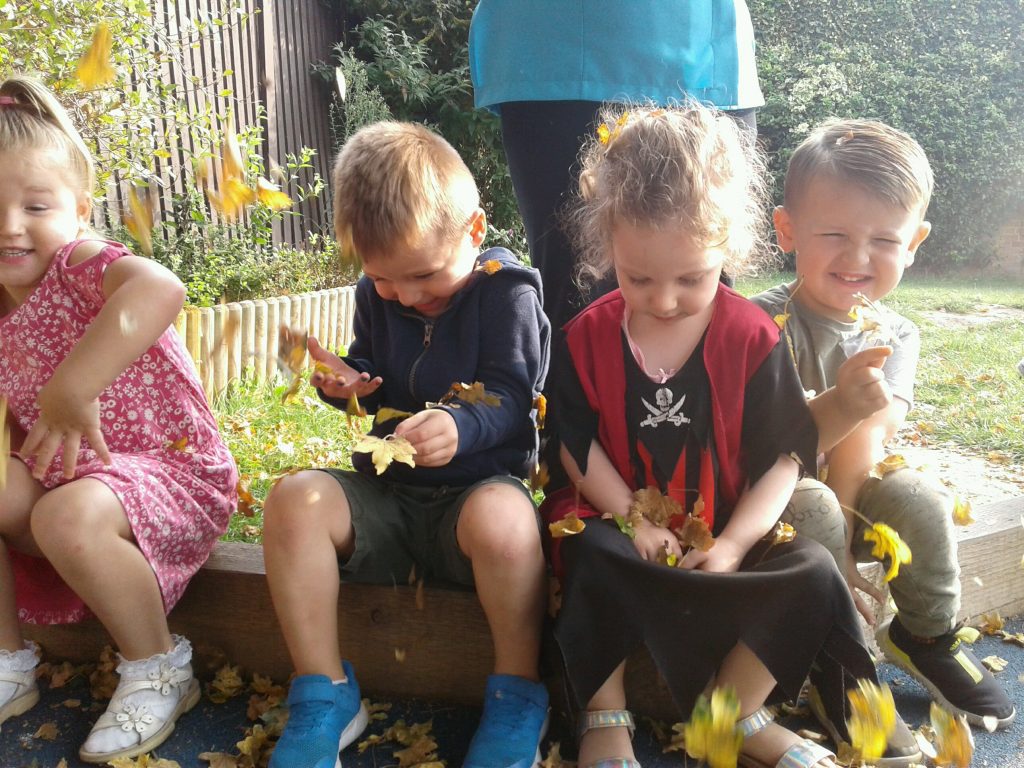 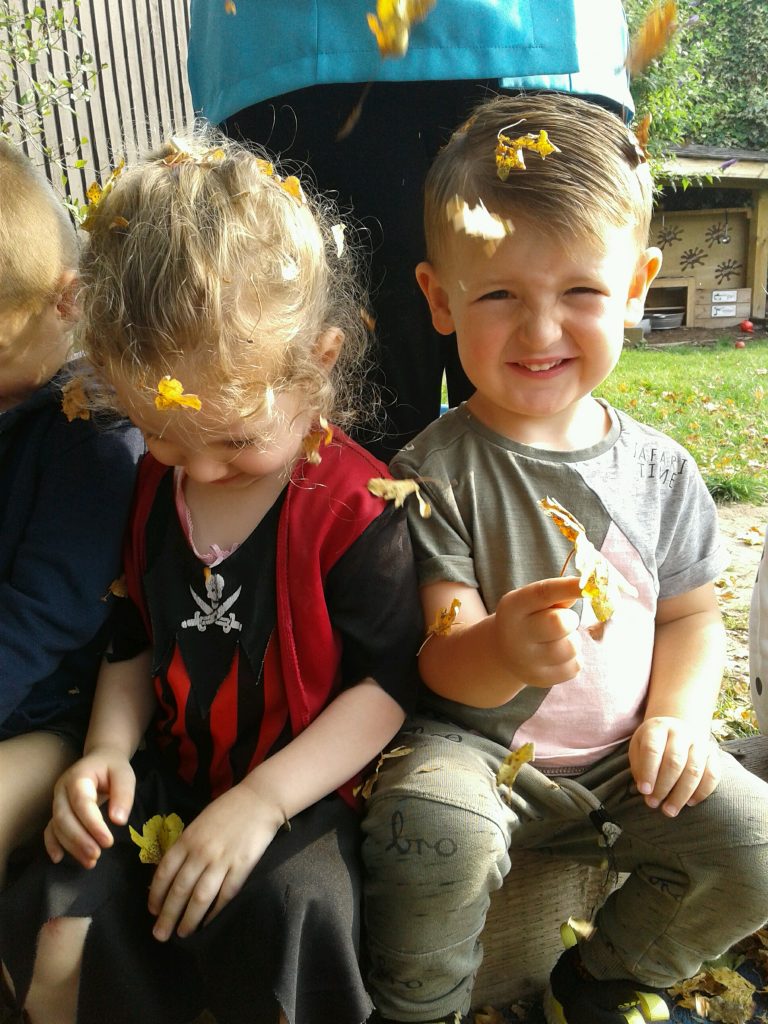 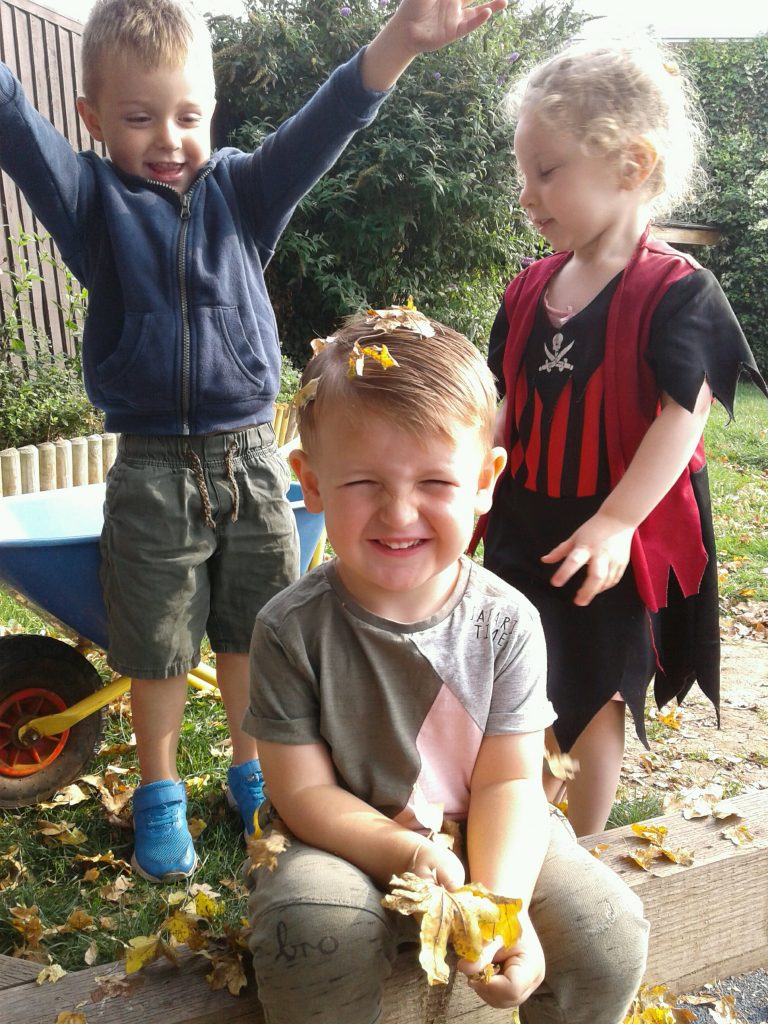 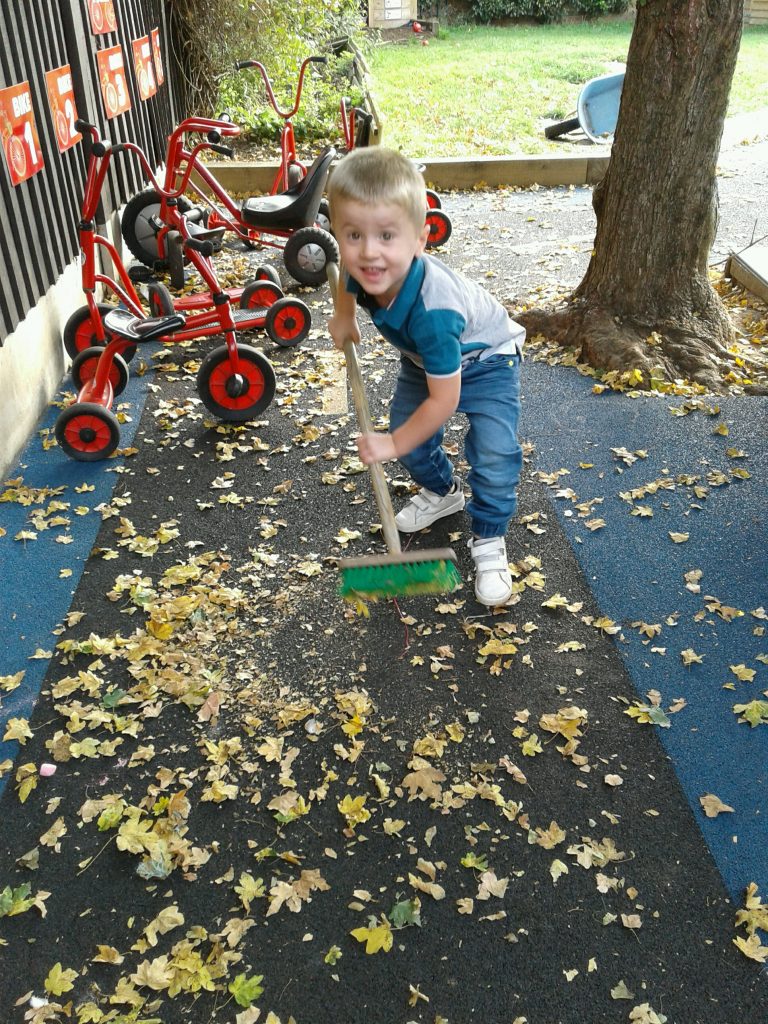 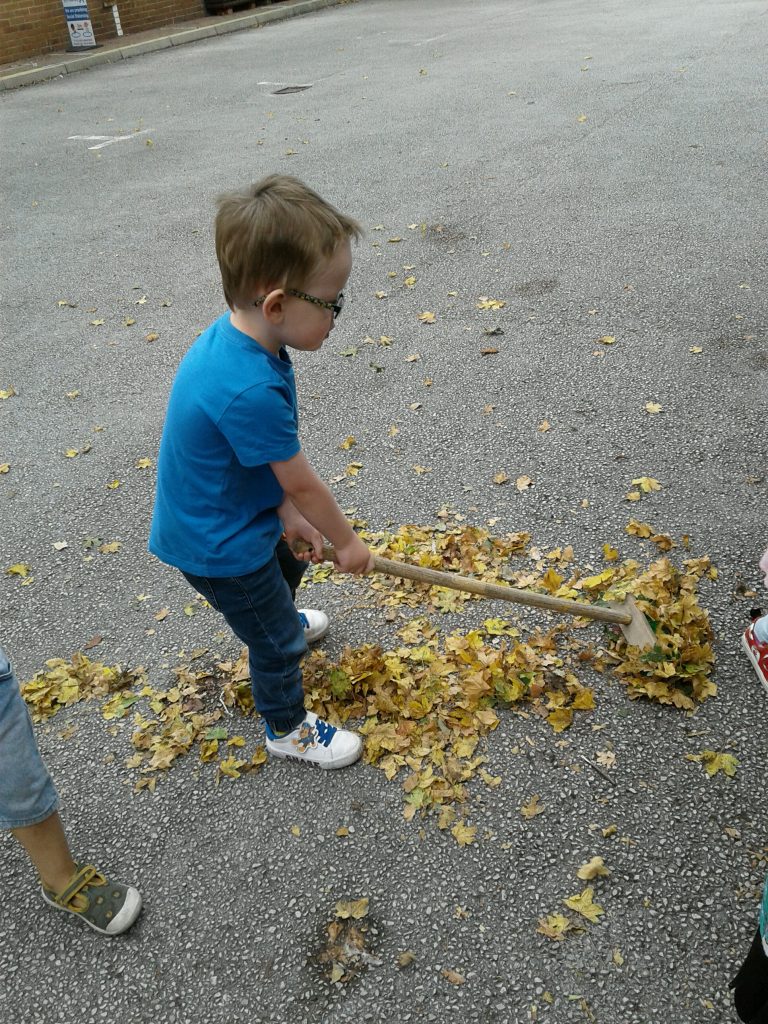 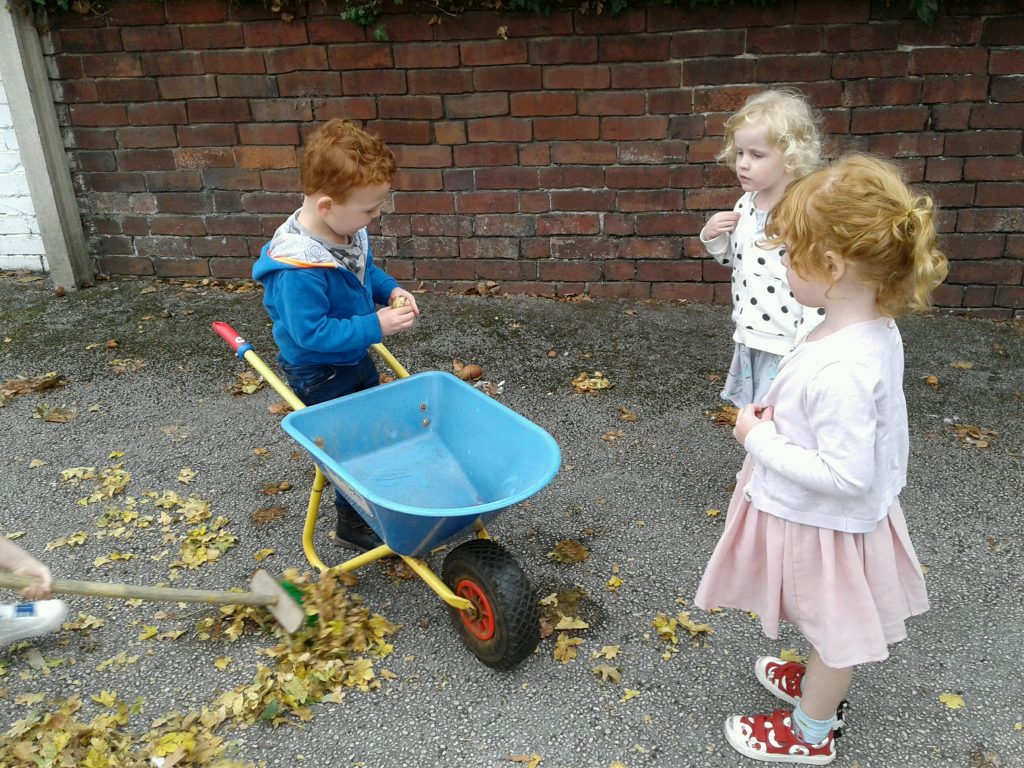 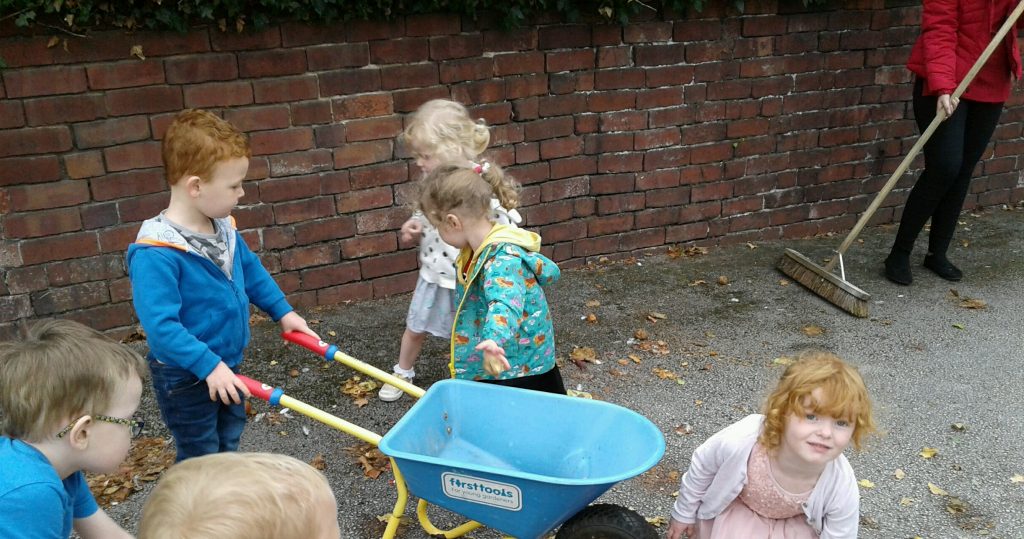 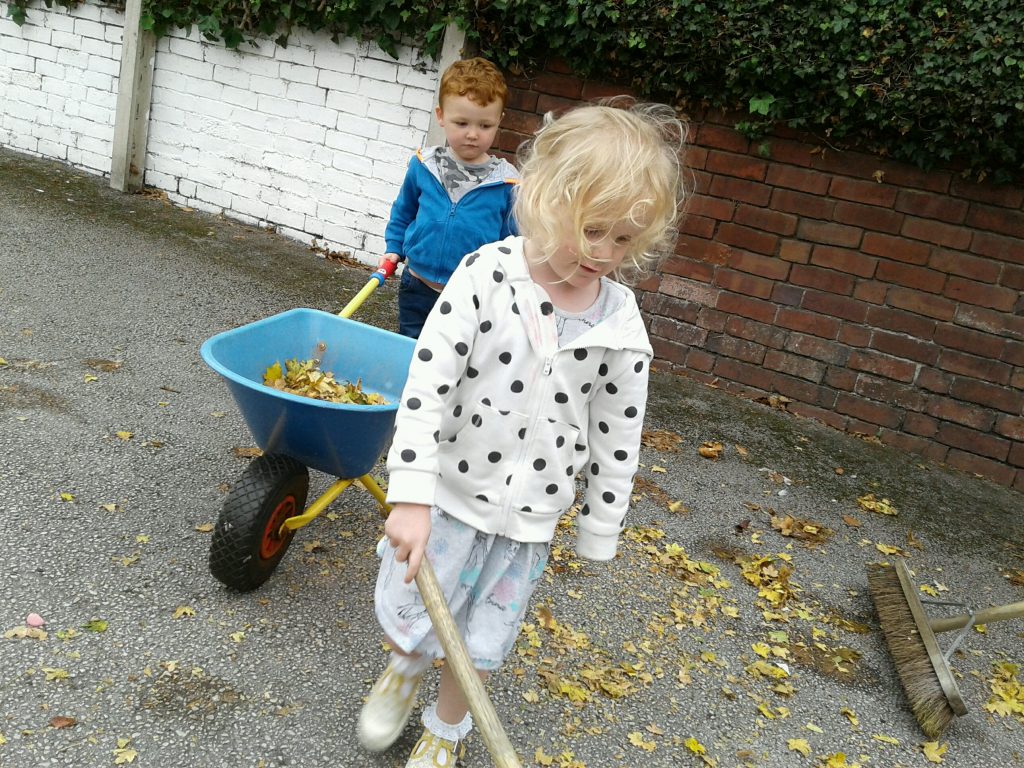 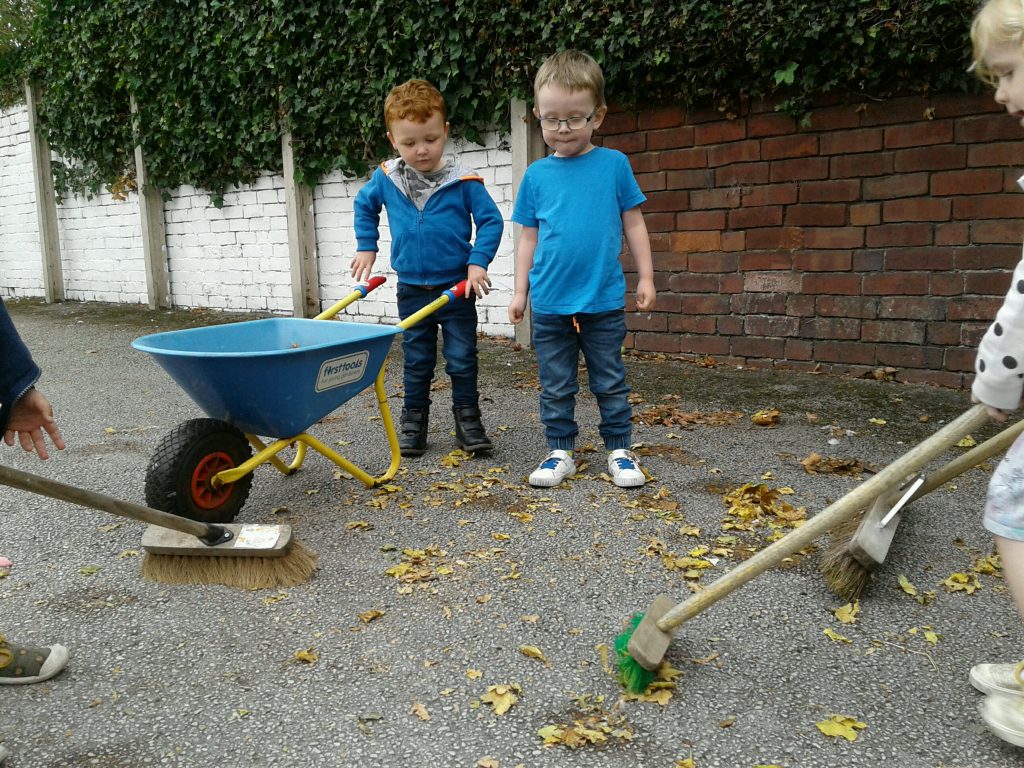 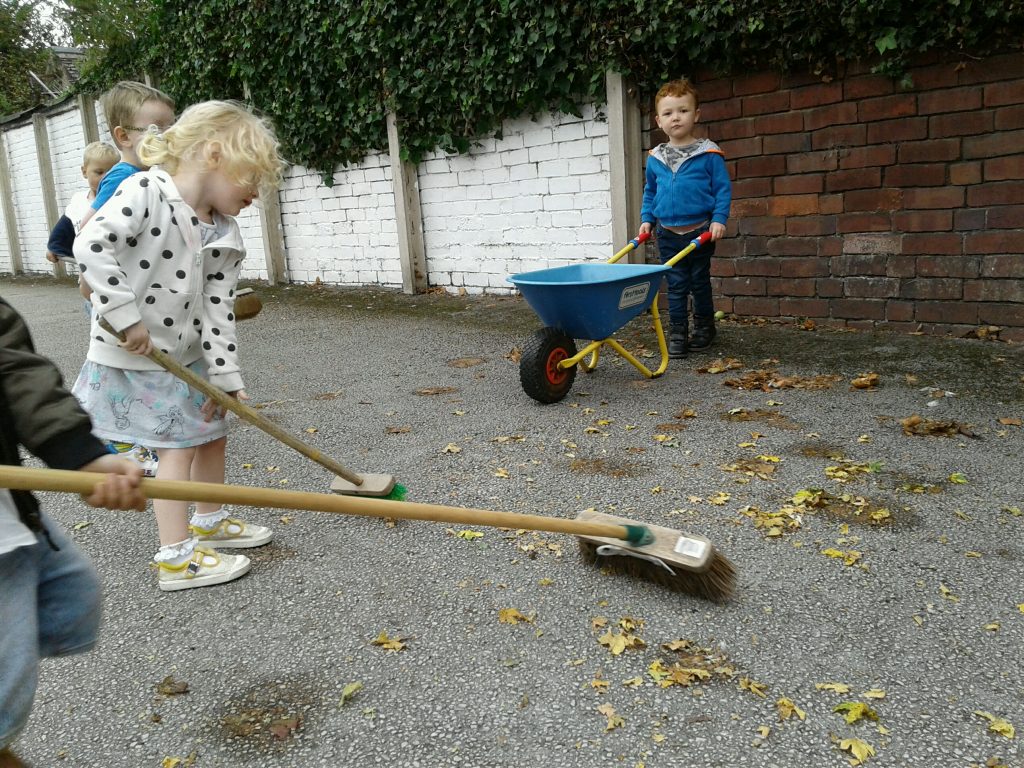 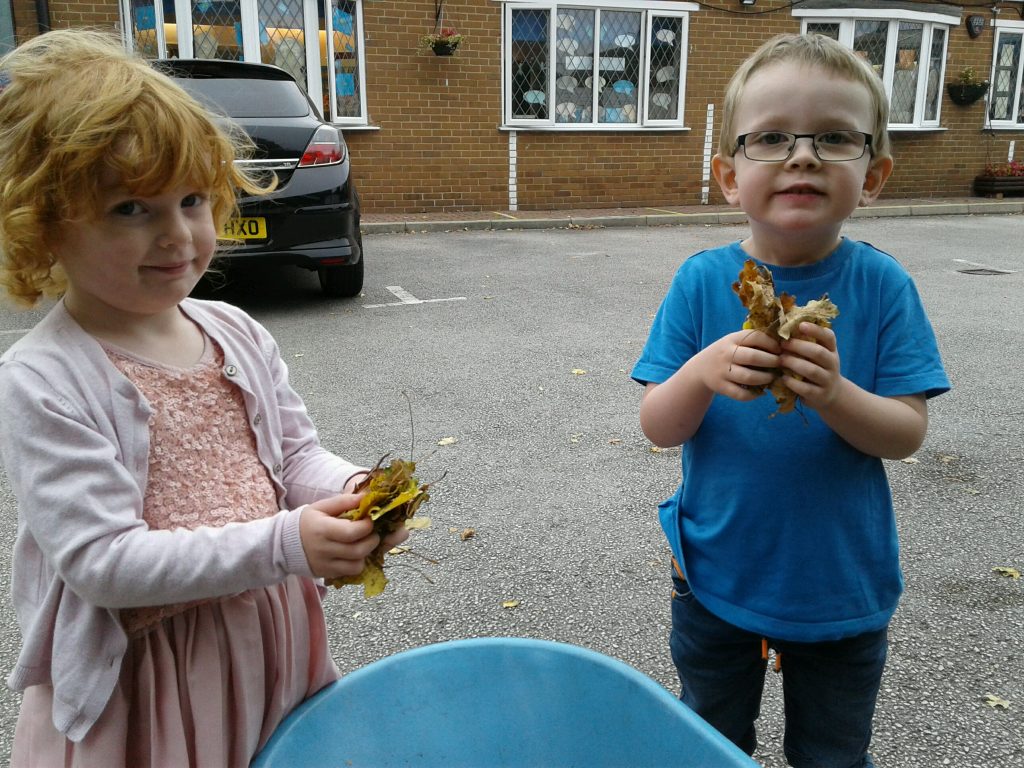